Rev. Charlotte Bell was our unanimous first choice. The UCC guided the process, patience and prayers of the congregation sustained us, but devine intervention surely played a part in bringing First Congregational Church and Rev. Bell together.  We are blessed!   –Search Committee

Reverend Charlotte Bell is a 2014 graduate of Andover Newton Theological School, receiving a Master of Divinity and Certificate in Spiritual and Pastoral Care. She also holds as a Master’s Degree in Social Work from the University of New Hampshire and a BS in Human Services from Fitchburg State College in MA.

Reverend Bell was ordained by the Hillsborough Association of the New Hampshire Conference, UCC at her home church in Amherst, NH in Nov 2017.

Since graduating from seminary, Charlotte has served several churches in New England including the Federated Church of Christ in Brooklyn, CT as a designated term Pastor, the Congregational Church of Hooksett, Hooksett, NH as a Bridge Pastor, The Smith Congregational Church in Hillsborough, NH also as a Bridge Pastor, and the North Hampton Congregational Church in North Hampton, NH as a Faith Formation leader. As part of her Seminary experience, Charlotte completed a year of Clinical Pastoral Education (CPE) at Havenwood Heritage Heights, a Continuing Care Retirement Community in Concord, NH and completed a year as a pastoral intern at The First Church, UCC in Nashua, NH.

From August 2005 to August 2017, Charlotte’s journey to ordained ministry also included a broad career as a Licensed Medical Social Worker. Charlotte served in succeeding roles at St. Joseph Hospital in Nashua, NH. Most recently Charlotte served as a Chaplain where she ministered to patients and staff in a clinical setting. Her Social Work roles included serving as the Perinatal Bereavement Coordinator and in the Outpatient Oncology Unit.
Prior to receiving her MSW degree in 2006, Charlotte worked as Clinical Social Worker focusing on gerontology. She has been trained and certified to support Alzheimer’s patients, families and caregivers.

The church has always been a significant part of Charlotte’s life. She and her family were sponsored as immigrants from the Netherlands by the World Council of Churches and The Old Stone Church (UCC) in East Haven, CT, arriving in 1957 as a young child. Her Christian formation began before her baptism in the Dutch Protestant Church and in the Congregational and Methodist church settings. Charlotte has been an active church member in Connecticut, Ohio, Massachusetts and New Hampshire. She has been an enthusiastic member of her church’s choir, active in the Women’s Association, World Mission and Outreach, taught Christian and Adult education, served as Deacon and led the Congregational Care Committee prior to attending Andover Newton Theological Seminary.

Rev. Charlotte is married to Ken Bell, and they recently celebrated their 45th wedding anniversary. Ken is a Consultant in Systems Engineering and served in the USAF retiring as a Lt. Col. They have four married adult children, Heather Bell-Henkel, Melissa Lewis, Sarah Harding and Charles Bell-Averett, who reside in NH, MD, and CA. Charlotte and Ken are additionally blessed with eleven grandchildren. They share their home with two senior fur kitties, Jubilee and Logan.

In addition to playing the organ and the 1905 Steinway upright piano (both wonderful instruments in need of restoration), Joyce enjoys directing the church’s dedicated choir and accompanying the congregation in the singing of hymns. She appreciates and admires the congregation for their fine singing of old, traditional hymns and their willingness to learn new hymns. She feels that her enthusiasm for music at First Church is matched by the members’ love for music.

Joyce has held church music positions in nearly every mainstream denomination. Her primary former positions include music director at the Arlington Street Church, in Boston; at St. Catherine of Genoa parish, in Somerville, MA; at Trinity Episcopal Church, in Haverhill, MA; and interim positions in Lexington and Milton, MA. She also has been music teacher at Temple Emanuel (Reform Judaism), in Andover, MA.

A native of North Carolina, Joyce holds the Master of Sacred Music degree from Southern Methodist University, Dallas, TX. Following a year as Assistant Organist at Duke University, Durham, NC, she moved to Boston and studied further with Yuko Hayashi, chair of the Organ department at New England Conservatory of Music.

Since 2008, Joyce has been a Trustee at the historic Methuen Memorial Music Hall, in Methuen, MA. She has performed there numerous times, playing the four-manual “Great Organ” and helping to plan community outreach programs. Her other recital venues include Trinity Church, Boston; Old West Church, Boston; and the Washington National Cathedral.

Joyce has served as Sub-Dean of the Boston Chapter, American Guild of Organists, and Dean of the Merrimack Valley Chapter. She also is a member of the Organ Historical Society. 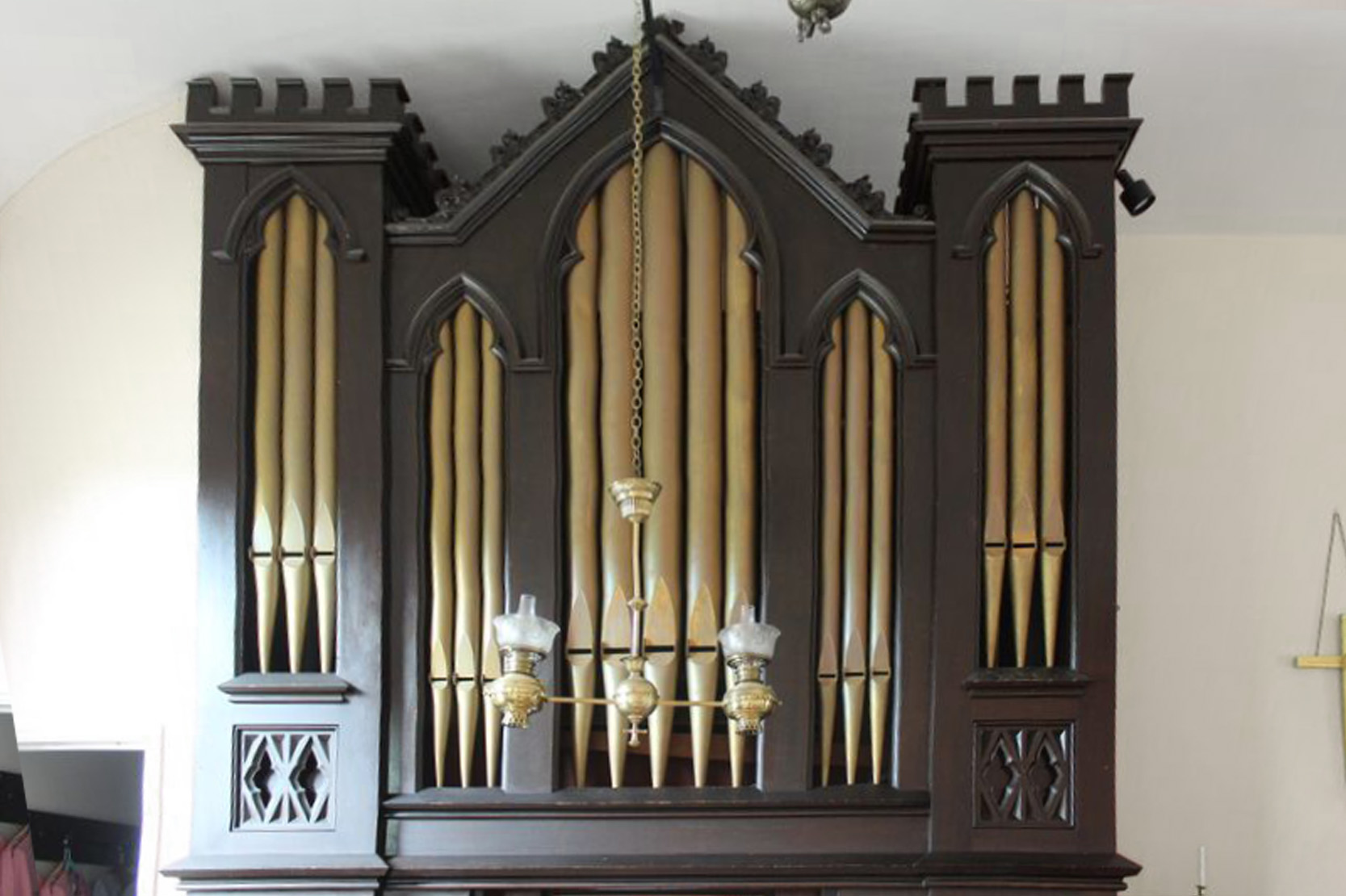 For 150 years this historic instrument has been making music. Will you help preserve history and make music by supporting our organ restoration project?